The whole windshield frame is now removed, and a section grafted in at the base of the frame.

This post covers a new car restoration project in house for a customer based in Australia.  A 1932 Ford sedan in original paint, that is going to be turned into a Bonneville Lakester style build .

We started with stripping the body down, followed by plastic media blasting.  This body is super nice and a perfect candidate for the modifications we are planning to execute.

The look we are going for is a ‘Lakester’ look with the owner having in mind the inspiration of the Rolling Bones style cars.  Here’s the major details of the body’s transformation:

The above is a brief outline of the major operations of car restoration, not accounting for all the ‘behind the scenes’ work, which includes tweaking the upper hinges to compensate raking the windshield back, so that the doors open freely and don’t bind against themselves.

We also had to chop all the garnish moldings, including the internal bracketry.  We needed to chopped the windshield frame.  Lots of work was involved with tapering and definition work on the ‘A’ and ‘B’ posts so the roof chop looks as though it came from the factory that way.

For even more detailed photos on this 32 Sedan build, here is a link to a post on the HAMB. 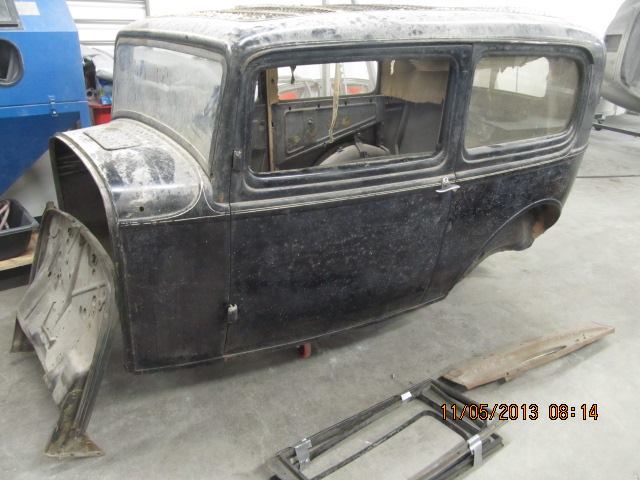 The body as delivered to The Metal Surgeon’s shop complete with glass, garnish moldings, seats, and the firewall. 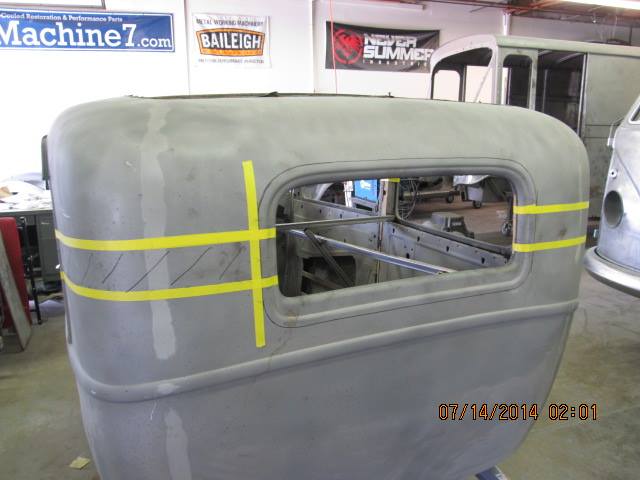 Marked out for the 3″ roof chop. 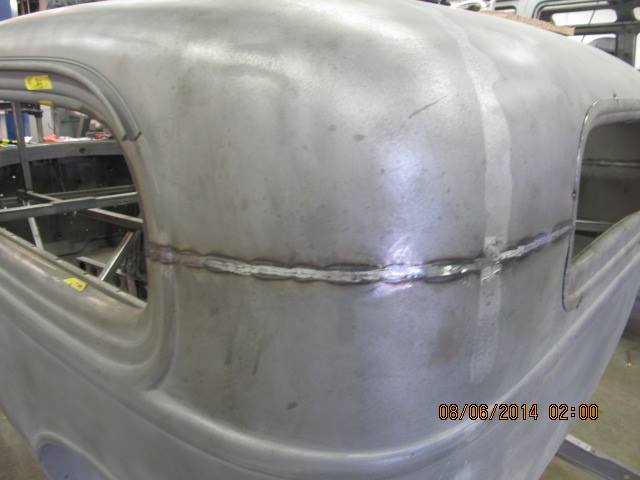 Chopped and TIG welded back together, now ready for metal finishing.

Completed roof chop from the rear 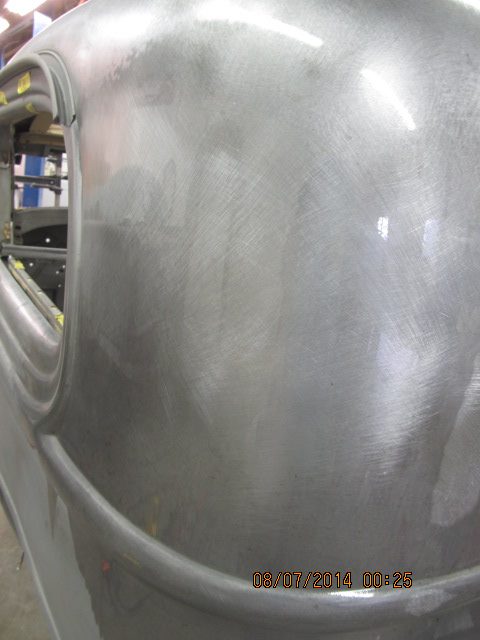 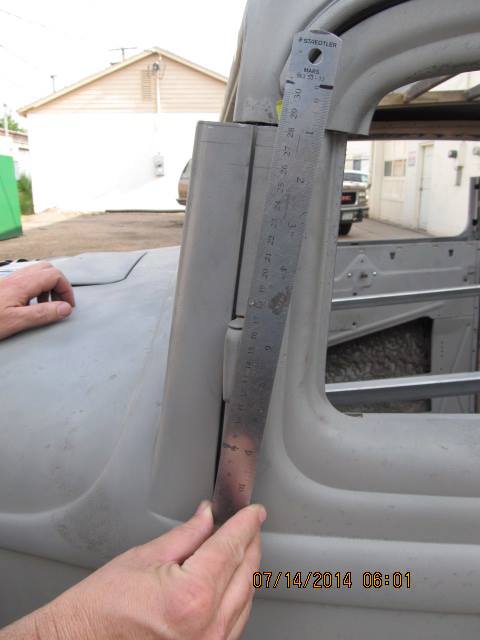 Showing the amount the windshield has to be laid back. 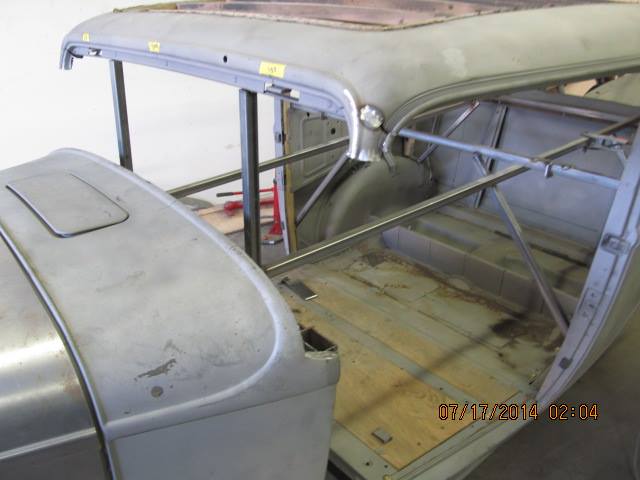 The whole windshield frame is now removed, and a section grafted in at the base of the frame. 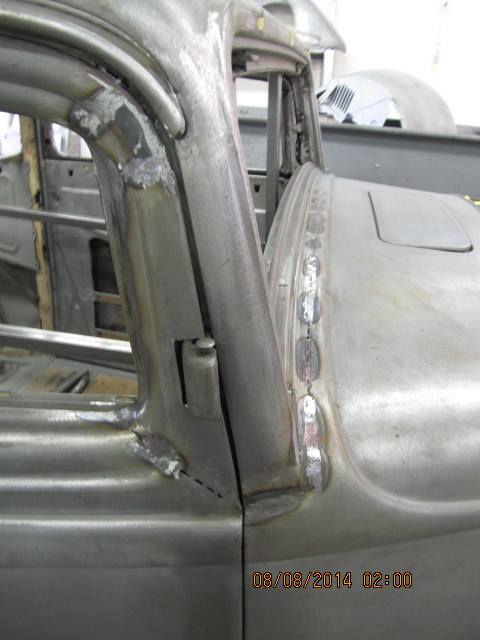 Weld evidence lines show all the areas that need to be addressed when raking back the windshield. 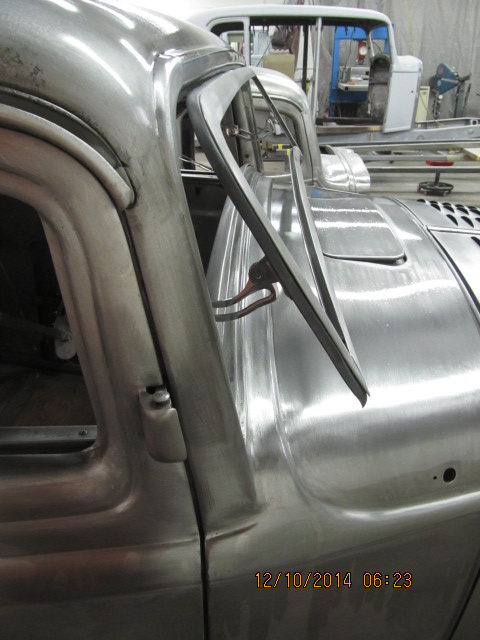 The 32 Sedan windshield is now metal finished, including the chopped windshield frame and repositioning of the frame hardware/brackets. 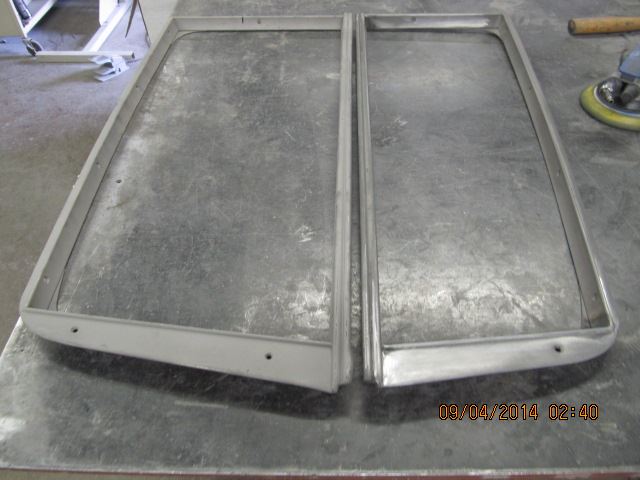 Original garnish molding on the left, and chopped and modified version on the right. 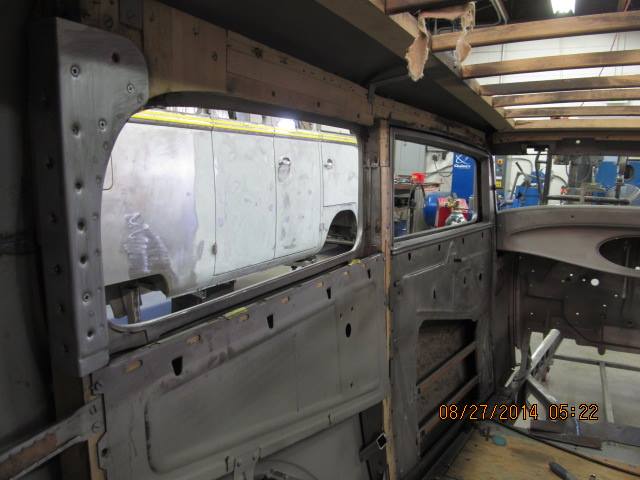 Garnish moldings fitted with custom brackets made to support the wood after the roof chop was completed.

Stay in touch with monthly emails direct to your inbox. You can be removed from the list anytime.

Type to search or hit ESC to close
See all results
This site is protected by Comment SPAM Wiper.
Loading Comments...